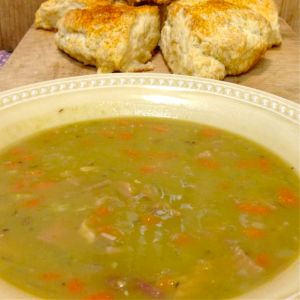 A hearty bowl of pea soup can turn a day around.  Working outside during the month of February can be bone chilling cold.  We do get the odd “day lent”, when the sun pours down and reminds us of the spring that’s right around the corner.  Usually though, it’s wet with the occasional snow flurry.  The ground is saturated with a winter’s worth of rain, and it’s the perfect time to pound in fence posts before the ground dries up for another year.  Wire to be stretched, staples to be hammered, all working towards a hard day’s work.  When we come into the kitchen, and know that we are about to have a hearty bowl of soup, we feel looked after, cossetted even.

This is so easy to make, and the vegan version is great as well.  Enjoy big bowls full with fresh scones on the side as a fabulous supper.  You’ll be glad we’re in the depths of winter. 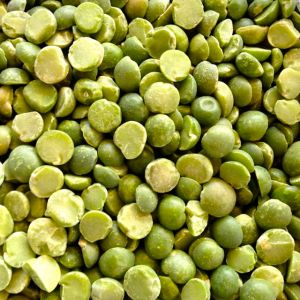 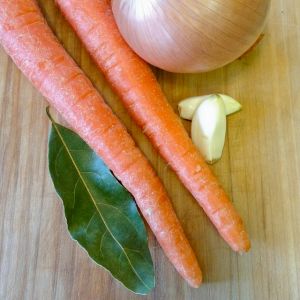 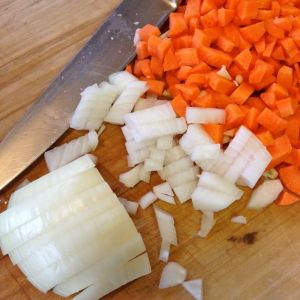 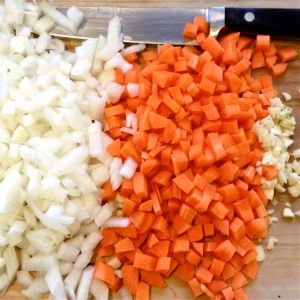 Place the peas, salt, ham hock and bay leaf in the cold water in a 6-quart pot.

Once boiling, reduce heat to low, cover and simmer for 1 hour.  Stir a few times during the hour. 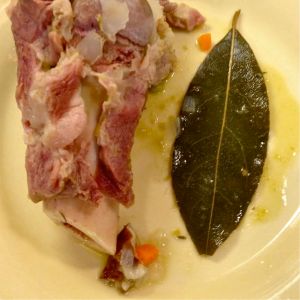 Bring back to a boil, stirring occasionally.

Reduce heat and simmer for 1½ hours.  Stirring occasionally during this time.

While the soup is cooking, and once the bone has cooled somewhat, cut the meat off the bone.  Discard any fat, skin and bone.  Chop the meat into bite sized pieces. 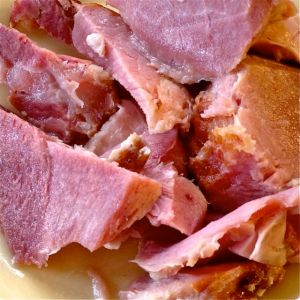 Add the meat to the soup while it’s simmering.

When the soup is nearing the end of it’s second stage of cooking, melt the butter in a small saucepan over medium heat. 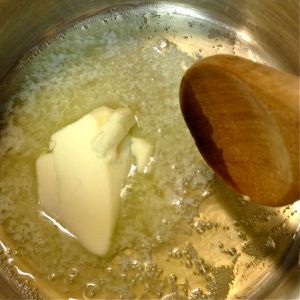 Once it has melted, add in the flour, stirring while the flour cooks and thickens with the butter.

Slowly add in one ladleful of the soup.

Stir to incorporate and thicken.

Add in a second ladleful.

Stir to incorporate and thicken. 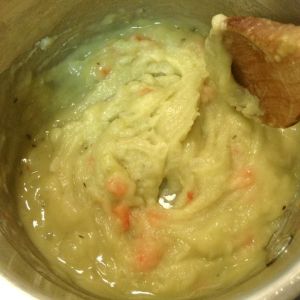 Add in a third ladleful.

Stir to incorporate and thicken, this binds the soup, which stops it from separating.

Carefully add the roux into the soup in the pot, stirring thoroughly. 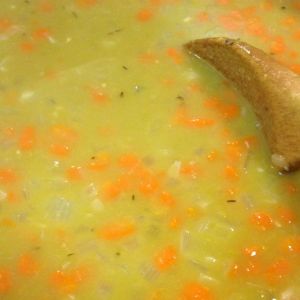 Let the soup continue cooking for another 15 minutes, as it thickens.  Stirring occasionally.

Season to taste with salt. 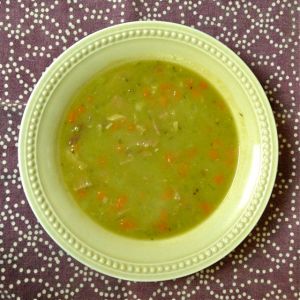 Vegan Option: Omit ham.  Use 4 cups vegetable stock with 4 cups water instead of 8 cups water.  Use margarine instead of butter for the roux.