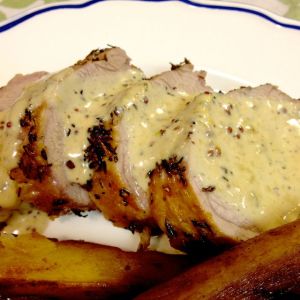 Last weekend we were catering for a large group, with multiple meals.  Menus were gone over carefully making sure we weren’t duplicating anything, and that each meal would be memorable on its own.

Dish selection for buffets can be quite difficult, when you’ve got the same group of people back again the next night. The two most useful meats for a buffet are chicken & pork.  If you go to other poultry or red meat, there should be an alternate. Time and space constraints were at play last weekend, as well as sticking to a tight budget.

We served chicken the first night as part of a casual Indian inspired buffet.  The second night was to be a bit more formal, so we did herb crusted pork loin with roasted potatoes, glazed carrots, broccolini, and Waldorf salad after some appetizers and before a dessert of blackberry compote filled Pavlovas with orange cream and pistachio crumb.

The smell of the herb-crusted roasts was fantastic, and we wanted to support that sensation with a great sauce to serve over the cut slices of pork.  I used a Dijon cream sauce that I typically make while deglazing a pork tenderloin pan. It is super easy, and always works.   Pork tenderloin is quick and tender, and can be on the table in about half an hour, which gives you just enough time to cook a side, and make a salad.

a small handful of chopped fresh herbs, or in a pinch use about ½ a tablespoon of dried thyme or mixed herbs

While it’s heating, massage the remaining oil over the tenderloin.

Season well with salt & pepper, and the herbs. Rub the seasonings all over the oiled meat.

Sear the meat in the hot skillet, about 3-4 minutes per side. 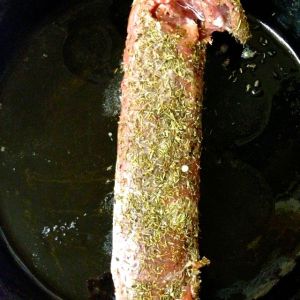 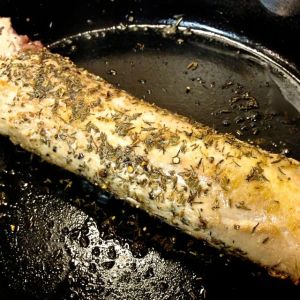 Once seared, place the hot skillet into the hot oven, and roast for 20 minutes.

Carefully remove the skillet from the oven.

Using tongs, move the tenderloin to a cutting board, let rest. 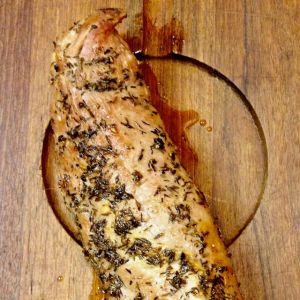 Turn the heat back on to medium under the skillet.

Deglaze the pan with the Dijon mustard, scraping loose bits of meat & herbs from the bottom of the pan. 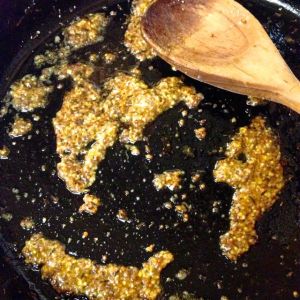 Add in the cream, slowly, stirring to incorporate the Dijon. 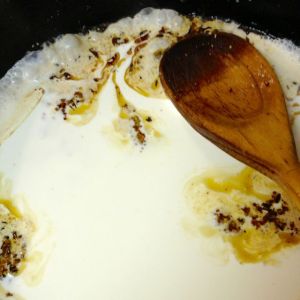 Let the sauce cook over a low heat for a couple of minutes. 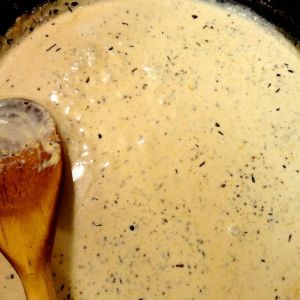 Serve drizzled over ½” slices of pork.

Note: to make the sauce separate from a roast, brown 1 finely chopped onion in 1T of butter over medium heat.  Add the Dijon to the browned onions and proceed with the recipe.